Charles Adams, the son of President John Quincy Adams (and grandson of John Adams), followed in his father’s footsteps in the political realm and became a diplomat to Great Britain. He also kept a pretty detailed journal which became public many years later. Being a politician in a foreign country, it was an interesting read with many great stories.  One day’s journal entry finished with the not-so-exciting; “I went fishing today – it was a day wasted.”  His son, like the father, kept a journal as well.   However, for the same day’s journal entry, the son’s journal offered a totally different perspective: “Went fishing with my father today; the most wonderful day of my life!”

Adams was doing the right thing. He was spending time with his son, but his perspective was skewed. The sacrifice of his precious time was everything to his son, but a waste to him. But this story is also a firm reminder of two important lessons – You may never know how the things you do will affect a child’s life and the time spent with your child is everything to them – and it should be everything to you!

A few months ago, while my wife was away and it was just me and my daughters at home, I was looking at friends’ status updates on Facebook or catching up on the latest sports news on my smartphone while my daughters were clamoring for me to come help them with something. “Just a minute,” I replied. That minute turned into several more as I could not break away from whatever I was looking at. It took the girls coming down to get me to break me away from the ensnarement of social media and the latest goings-on in the sporting world to go up and help them with something, which I soon realized was a complete shame.

“What message am I sending them,” I thought, “when I can’t even break away from my electronic device to devote a few minutes to their immediate needs?”

My actions showed them that whatever I was looking at on my phone was more important than them, which is the exact OPPOSITE message I am trying to send them.

What I also realized, was that I was committing what has been termed “parental hypocrisy.” As a parent, I expect my children to listen and obey after the first time I ask them to do something. By not responding and acting the first time I am asked and having to be reminded over and over again, I’m doing the same thing I DON’T want my kids to do. If we expect an immediate response and action when we ask our kids to do things, we better be a positive example of what we expect.

But the overarching thing I realized for the umpteenth time was what is really important to your children is your time. I’ll never forget a poster I once saw that said parents can give children everything as far as worldly possessions go, but what children really want and need is parents’ time. And that time need not be regularly spent doing extravagant things.

I’ve found in my own life that one-on-one time with children, no matter the activity, is priceless. For instance, I remember asking my now 8-year-old daughter about a year ago what her favorite thing about Spring Break was, and she said it was playing games as a family. My wife and I both enjoy lying with our girls or sitting by their beds before they fall asleep, listening to them as they talk about their days. For instance, I wrote in my journal about one night after putting our now six-year-old daughter to bed. After reading some books together, she said: “You don’t want me to grow up, do you?” to which I said no. I then asked her if she wanted to grow up and she answered, “No, but I know I have to.” Unfortunately she does. The time we spent together and that little conversation are testaments to me how important one-on-one time is with children and how important it is to cherish even the simplest moments.

As a teacher, I see students every year who don’t get the attention and time they deserve from their parents. To fill that void, these students seek attention from other sources, some of which are not wholesome and start them along crooked paths. There is no substitute equal to parental time and attention. We cannot allow other influences to shape our children into who they become more than our own influence as parents.

The Power of Nostalgia (especially of the 80s variety)

3 thoughts on “Parenting: It’s all about time” 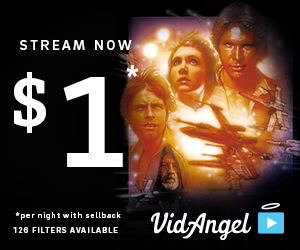